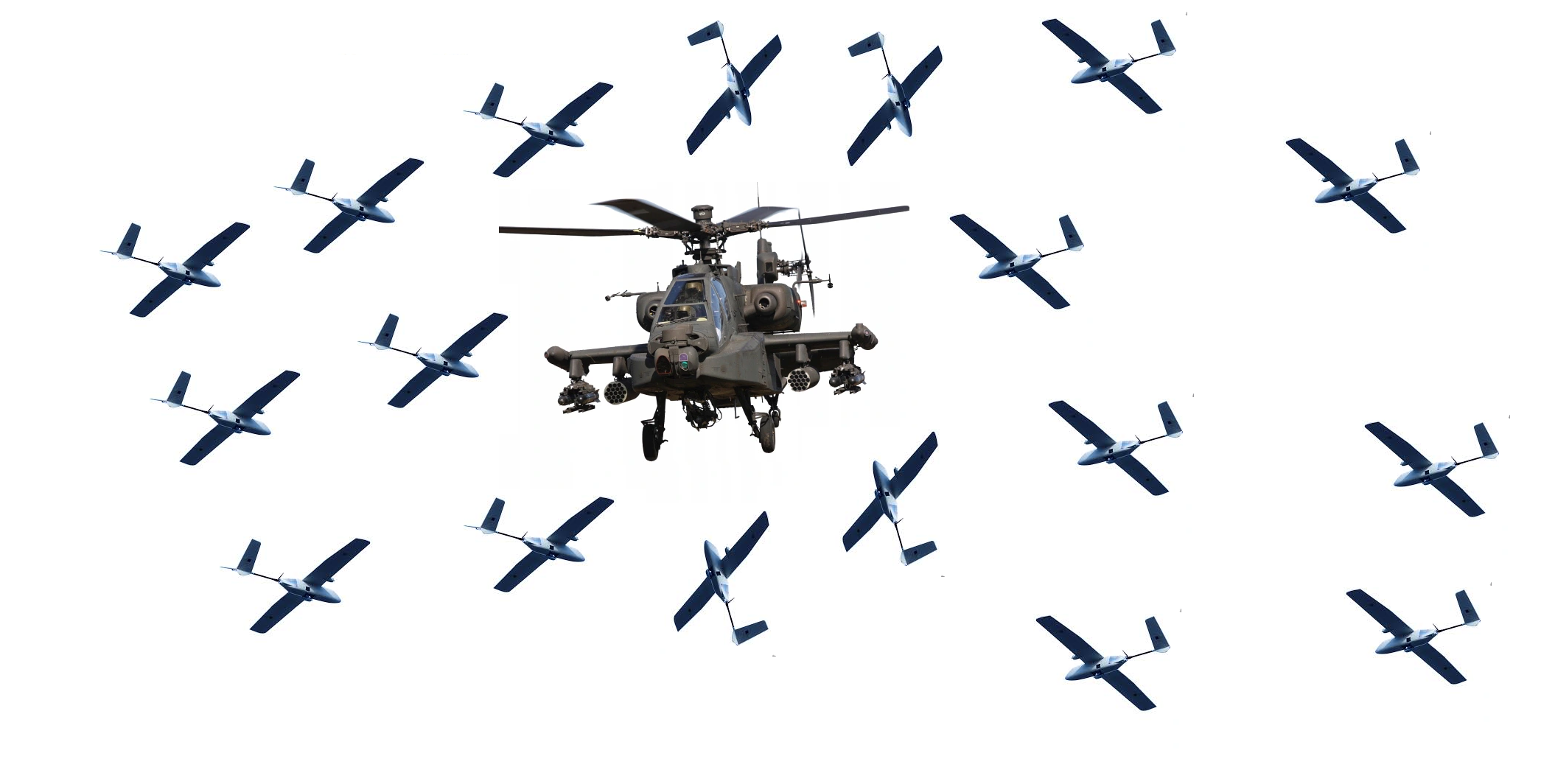 How is a drone swarm formed?

Not everyone knows that a swarm of drones is not made of machines such as the Phantom 4 or Inspire 2.

Self-built drones are used for this purpose. Small, fast agiles can have many uses, but I’ll get to that in a moment. A swarm of drones usually consists of a dozen or even several hundred machines. The machines have very good transmitters, unfortunately, it is not known what because they are classified information. The drone swarm can be launched from the launcher or taken off directly from the ground. But the method with which is not so important. Range, speed and load capacity are more important.

Why is a drone swarm created?

The drone swarm was invented for military purposes. The first attack with this weapon took place on January 5, 2018 in Syria.

Russian bases in Syria were attacked. A swarm of drones is the most effective method of fighting the enemy by force. It does not require a large budget and today it is impossible to withstand such an attack. Why? You’ll find out soon

The invention of the first unmanned aerial vehicles was very crucial for the development of new armies. The US Army has drones such as the MQ-9 Reaper that are capable of carrying deadly projectiles. To operate such a drone, you need a person who has to undergo much less rigorous training than a fighter pilot. The fighter pilot is difficult to replace and the drone operator is much easier.

Second, it costs less to produce a drone than to produce a fighter. MQ-9 Reaper drones have already been used for attacks, most often against Iranian commanders and generals. But we are not talking about these types of drones. Such machines are easy to shoot down. We will focus on light drones that will revolutionize the method of combat in the future. You only need 100 or 200 light drones with an explosive charge to destroy the target. The machine gun is ineffective against fast machines that fly into the target like Kamikaze.
There is currently no effective method to combat them.

How to protect yourself from a swarm of drones?

As I said before, there is no effective method to combat a swarm of drones. The most effective method is to simply hide. A basement or a bunker are the best options. But a weak basement door can be destroyed by a drone and then the rest of the machines will fly inside.

The electromagnetic pulse is ineffective as the drone can retract the antenna for a few seconds. Such an impulse will do more harm to us than to the enemy. Scientists are working on a method of fighting drones, but at the moment there is no weapon that will completely destroy this phenomenon.

Advantages of a swarm of drones

The drone swarm is reliable. Can destroy targets with zero loss of lives. This method of combat is considered to be the most effective in the world. The advantage of this solution is also the low cost of producing the drone, which is crucial during clashes.

Another advantage is mobility.
We can take the launchers everywhere, even where there is no range, because the command center is usually where the launcher is. Each such center has its own network and is fully equipped. It can also attack anywhere and at any time of the day or night.

Who uses a swarm of drones?

The first swarm of drones was invented by the Americans, but the Chinese are in the lead in the development of the swarm. They have many launchers and the possibilities of using these machines. They have a lot of knowledge on how to improve the range of drones and their combat capabilities.

Each drone costs about $ 300 on average, but they minimized that to $ 200. Such knowledge will allow you to use the drone swarm better than your opponent and even know how to neutralize enemy drones. We do not have the same knowledge as the Chinese, but over time we will learn what we are dealing with and how to defend ourselves against it.

Disadvantages of a swarm of drones

The most important disadvantage of a drone swarm is the technology that is used to create it. Each drone must be connected to each other and have constant contact with the base. The most modern drones have systems that allow you to disconnect from the base for a few seconds.

Over time, this limit will increase. For now, it is still a great achievement. Another disadvantage of a swarm of drones is their small range, which makes it difficult to carry out long-distance missions. Large solo drones have huge ranges, up to 6000 km. For a greater range, a larger transmitter is needed and hence more weight and battery because a larger transmitter needs more power. The solution to this problem would be to use “Mothers” drones that would be larger and heavier than the machines that would hit the target. Such a drone would connect to the drones and then to the base.

The drone would return to the base because of the completed mission. But shot down the Mother’s drone would cause the entire operation to end and all drones would fall. We still have to wait for a better solution .

How else can a swarm of drones be used?

The swarm of drones can be used not only for military but also for civil purposes. During a pandemic, we try not to meet with strangers. Therefore, a swarm of drones that would deliver parcels or food to those in need. Courier companies are probably working on such solutions, but it would result in the loss of jobs of many people.

But don’t worry, for now such solutions are being tested and companies are afraid to introduce it on a massive scale because a failure of the control system would paralyze the entire company. That is why couriers do not have to worry about their jobs yet.

I presented the advantages and disadvantages of a swarm of drones. I said what they are used for and what they can be for. It is the most terrifying weapon of the 21st century that will completely change the tactic of war in the future. The Chinese are leading the development of the drone swarm, although the Americans are the first to invent this tactic of using unmanned aerial vehicles.

For now, there is no more effective weapon against a drone grouping, and if we find an effective means to fight a large number of drones, engineers will find new ways to protect against them. Over and over again . In the future, there will be a revolution that will change the way drones work, but for now we have to wait and work on universal methods of fighting the swarm of drones that will minimize the damage caused by the attacks of these machines.